Some information about Mandala:

Mandala  (sa मण्डल  maṇḍala , मंड "essence" + ल "containing", zh. 曼陀羅, etc.) mandala is a figure depicting the  universe  in the view of an enlightened being. In Sanskrit, a mandala means a center (la) that has been separated or made up (mand). The mandala is a miniature image of the universe. "Mandala" literally under the  kanji  is "moral ordination staff" (輪圓具足), ie full circle. Practical sense, the mandala is the  page layout  to  the practitioner  presentation of gifts or  pneumatically  for ritual, prayer, cultivation ...

The faithful  Hindu ,  Buddhist , use the mandala as a pneumatically picture sacred, also for the believers  of Mahayana ,  Vajrayana  , the mandala is a model of the universe perfectly, including one or more position God reigns.

Tantric  has established two Mandala: Thai Tibetan world mandala and the Diamond World mandala, native comes from thinking of two of  the longest  and  Diamond Peak  and in view of the thought of Buddhism, the universe consists of two part. One is the personality and the other is the world of personality, which is the evidence and the use of the Buddha. These two mandala are the integration between knowledge and knowledge.

The mandala (Garbhadhatu mandala) is a passive element, describing the universe in terms of its static, rational nature, such as the womb of the child and the reason of the birth of the Buddha, the manifestation of the Buddha's compassion .

The mandala (Vajradhatu mandala) is the element of action, manifesting the fullness of wisdom, the wisdom of the Buddha. The Tathagata  is the center of this mandala. Signed organ  : "Thai organs are the reason, Diamond is wisdom."

The majority of the Buddhist mandala painted, printed or embroidered with floral patterns  geometric . One of the most common mandala is the sand mandala  . These mandala were created over several weeks and then scanned away to indicate the impermanence of being. In  Tibet  , there are also three-dimensional mandala like palaces.

In many  temples  temples  in  China  and  Japan  (as  Todai  in  Kyoto ), then the gods statues are arranged in the layout of the mandala. The largest Mandala in the world today is the homogeneous courtyard of the  stupa  in  Borobudur ,  Java ,  Indonesia , dating back to  the 8th century .

Colors are also highly symbolic in the mandala, with each represented by a distinct color:  green  is north,  white  is east,  yellow is  south, and  red  is western.

Fabrication, reconstruction of the sample size 2 times larger than the original, duplication and display samples after Scan 3d, digitization of the original sample: 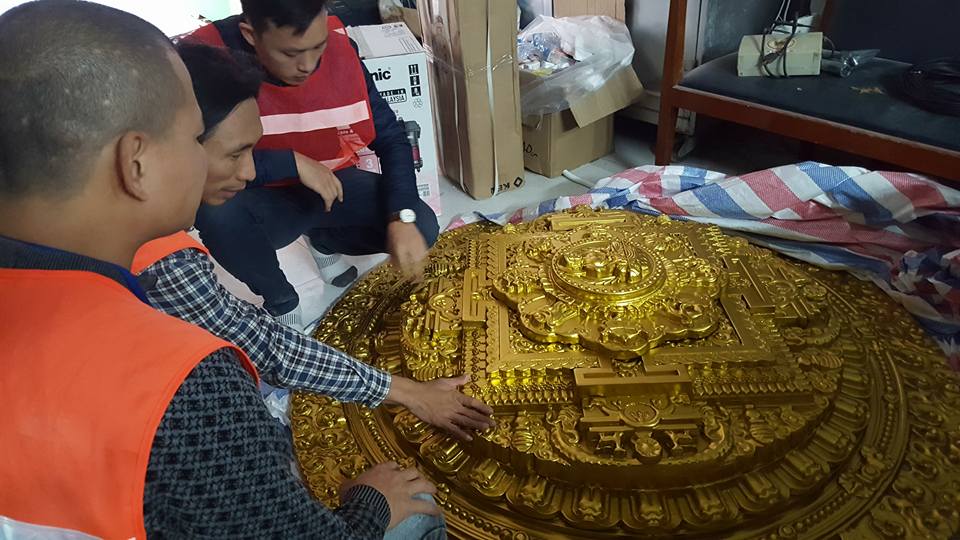 Buddha patterns such as hybrids prior to digitization, 3D scan of origin templates for replication and heritage preservation: 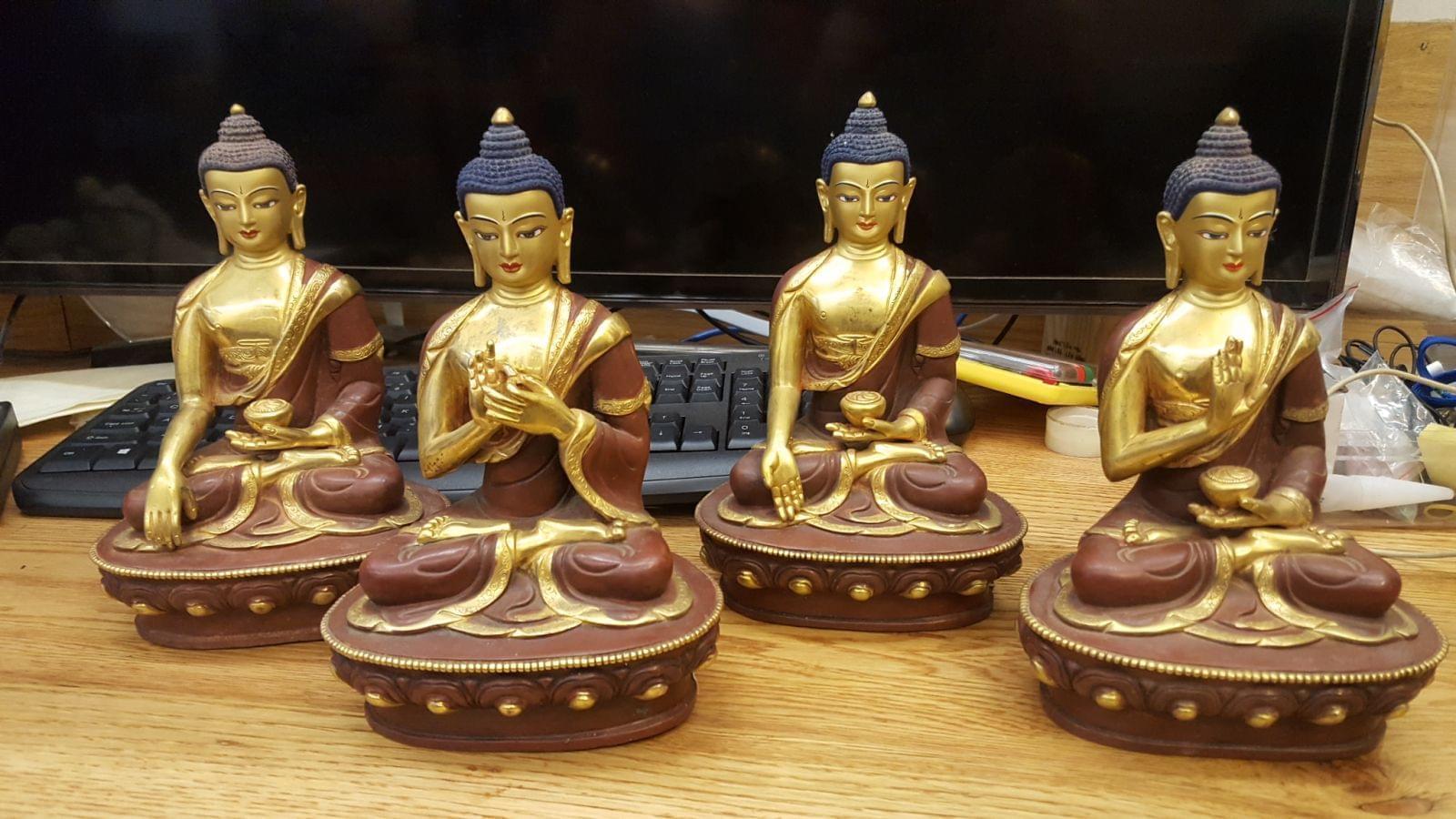 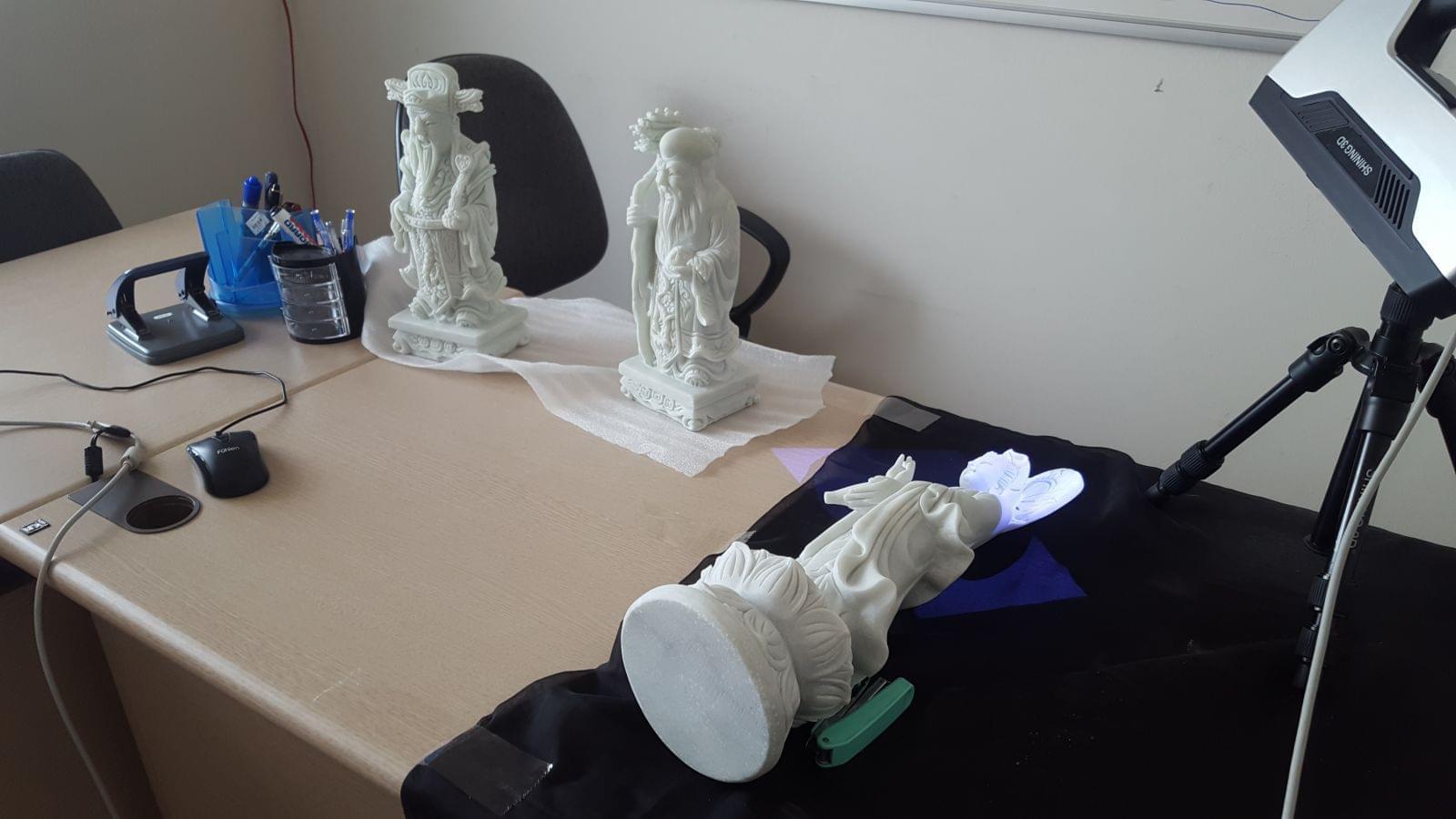 3D scanning service of details in the thermal power industry,